Antivax doesn’t see the forest for the trees

Introduction:
Welcome to my anti-antivax blog. My pseudonym is Honey badger and I come from Slovakia (the small white spot on the map in the middle of Europe).
Believe or not, there are antivaxers in Slovakia, too. Slovakia is a small country, but it has a strong antivaccination movement. I cannot tell if it is because they are so good or because of a lot of stupid people who believe them here. Anyway, I couldn’t watch the amount of fail in this area, so I started writing this blog. At the top of this blog, there is a logo which is a parody of the logo on a Slovak antivaccination movement website (1). The motto there is a good one and it says: “Bullshit sticks to the people extremely quickly and adhesively, but scraping it off by facts is very hard if not impossible”.

Antivax doesn’t see the forest for the trees
Slovak/Slovensky

Have you ever heard about the Th1/Th2 model of immunity? I guess the answer is yes. Slovak and Czech antivax chiefs misuse it like you can see in this video (there are English subtitles, too). It goes like this:
“Immunity is like a Th1/Th2 see-saw. Immunization enhances the Th2 part and suppresses the Th1 part of immunity and that’s why it causes immunosuppression, allergies, autoimmune disorders and cancer.”
Pretty tricky, isn’t it? Let’s see what the science says.

The Th1/Th2 model (2) emerged in 1980s from experiments on murine CD4+ cell clones. From that time, a lot of new research has been done on mice and in humans, complicating this initially simple hypothesis so much that it is nowadays often called a paradigm (3, 4, 5, 6). One Czech homeopath and antivaxer, first named Ludmila (the second person in the initial video) has explained to antivaxers what the word “paradigm” means. She says that all doctors are living in old paradigmas because they don’t use alternative “medicine”. That’s funny because she herself lives in a 30 years old Th1/Th2 paradigm and misuses it to manipulate the masses (see in the video).

According to Th1/Th2 paradigm, one is healthy when there is a Th1/Th2 balance. If it skews to the Th1, it can cause autoimmune diseases, if it skews to the Th2, it can cause allergies (71 - scroll down for this reference).
However, there have been a lot of other quite important T-lymphocytes discovered since 1980s, e. g. Th9, Th17, Th22, Tfh and many others, which we know or even don’t know yet – so I am sorry, but the picture at the top on the right is also misleading, but less than the antivax model of immunity. It is even more complicated because these individual lymphocyte subpopulations can change their profile (s. c. plasticity, 8). Other very important T-cell type include regulatory T-lymphocytes (s. c. Tregs, 7) which regulate the immune response (22).

An antigen is recognized by a small amount of lymphocytes out of a number of total body lymphocytes. This small amount of them is activated thereafter (s. c. clonal selection, 9) and so there is no Th1/Th2 see-saw in the body as a whole. Similarly, there is no such a thing like aluminium adjuvants shocking the immune system and totally disbalancing it as the antivaxer Bert Ehgartner says (10, 72).

According to Th1/Th2 paradigm, Th1 suppresses Th2 via interferon gama (IFNgama) and on the contrary, Th2 suppresses Th1 via interleukin 4 and 10 (IL4, IL10). However, this antagonism is not absolute because Th1 produces IL2 which stimulates a lot of lymphocyte subtypes (including both Th1 and Th2 lymphocytes) (11 – scroll down for this reference). There are also other mechanisms of co-operation of these T-cell subsets (12).

Also Th2 does not solely mean only antibodies. Th2 type response enhances production of IgG4, IgA and IgE antibodies, Th1 supports the production of IgG1 (13). Antibodies connected to an antigen (s.c. opsonization) can be connected with their Fc part to Fc-gama receptors of fagocytes which helps the Th1 immunity fight encapsulated bacteria, e. g. hemophilus, pneumococcus or meningococcus. That means, serological studies (antibody level) tell us not only about the Th2 immunity but also about Th1. Serological studies are made because they are simpler and cheaper than Th1 immunity tests. Of course, there are studies on Th1 immunity response and they say that vaccination strengthens not only Th2 but also Th1 immunity (14).

Besides the Th2 cells, there are also other T-lymphocytes subtypes which contribute to the pathogenesis of allergies, e. g. Th1, Th9, Th17, Th22, ILCs, etc (15, 16, 17, 18, 19).  Tregs are very important, too (20, 21). So asthma can be divided to Th2 mediated (the majority) which is usually mild or moderate and responses well to the treatment, and non-Th2 asthma which is severe and does not response well to standard treatment (17, 18). On one hand, in acute atopic eczema, Th2 response is characteristic, on the other hand, in the development of chronic atopic eczema, Th1 response plays an important role (19).

Most quality studies have not found a link between vaccination and increased risk of allergies (23), also homeopaths following the results of epidemiological studies dissociate themselves from this link (24) and moreover, there are studies suggesting a protective impact of childhood vaccination on atopic disorders (25, 26). I think that antivaxers, reading these sentences, are being pissed off, but it is really not a cherry-pick because antigens-allergens with aluminium adjuvants can be used as a causal treatment (while Ludmila’s homeopathy is not causal and even not a treatment) of allergies in certain indications. It is called allergen immunotherapy (27, 28). There are a lot of studies, including randomized double blind placebo controlled ones, which show its effectiveness (e. g. 29, 28) and safety (e. g. 31). The most serious side effect is anaphylactic reaction which can occur more common than in “classic” vaccination because of the principle of allergen immunotherapy. In spite of that, this reaction is rare when the procedure is done lege artis (32, 33). Because the antivaxers are uneducated, they often confuse vaccination and allergen immunotherapy (34) and so, e. g. Slovak antivaxers use allergen immunotherapy side effects as a proof that vaccination does harm. That’s so gross… The biggest difference is that in allergen immunotherapy, an allergen is applied at low doses at the beginning, then the dose is escalating gradually. The schedule is different from immunization schedule (35). Allergen immunotherapy is a tertiary prevention, immunization is a primary prevention (34). There are several possible mechanisms how it works but the most important is an influence on the activity of Tregs and modulating the activity of T-helpers (36, 37). Aluminium can be used as an adjuvant and it has a depot function (38, 39).

One would probably say that autoimmunity is nothing but bad. To tell the truth, autoimmunity at low level is useful, e. g. to eliminate old and damaged cells or cancer cells (40). An autoimmune disease develops when the autoimmune reaction leads to tissue damage. Our body has some tolerance mechanisms as well, which prevent autoimmunity, and these mechanisms fail, when an autoimmunity disorder occurs.

According to Th1/Th2 paradigm, an excessive Th1 response leads to autoimmune diseases (41, table 1). Now, it is funny to watch the antivax steps. One of the Slovak antivax chiefs, Marian, sticks to the paradigm and says that vaccination causes Th2 mediated autoimmune disorders (minority) such as SLE. However, even SLE is not caused purely by the Th2 part of immunity (42, 43). Ludmila says that vaccination causes autoimmunity in general, Th1, Th2, whatever, it must be the vaccines. 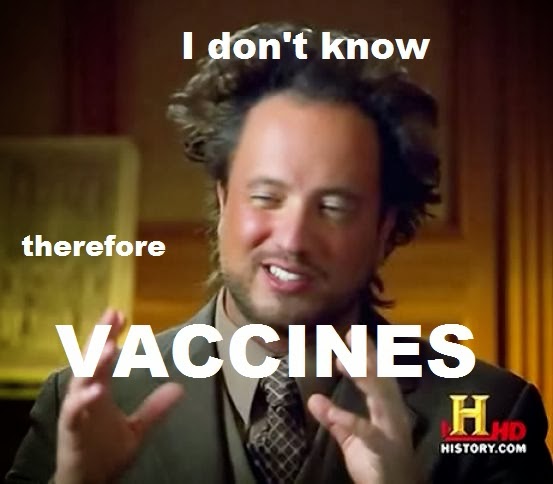 The mechanism will be made somehow. And it was, by who else than chronically famous duo Lucija Tomljenovic and Chris Shaw (44). They suggest an LPS contamination of vaccines as a factor which skews the immune response to Th1 and thus causing autoimmune disorders (41). Is such a thing even possible? Yeas, it is…

Vaccination can cause autoimmune diseases rarely, possibly via molecular mimicry mechanism (47) or bystander effect (48, 73). E. g. GBS after swine influenza vaccine in 1976 or ITP after MMR vaccine (45, 46). However, infectious diseases themselves are a bigger risk factor for autoimmune disorders, e. g. GBS (49) and e. g. viruses like morbillivirus or mumps virus can be a risk factor for the development of DM1 (50, 51, 52). Most of studies haven’t found a link between vaccines and DM1, multiple sclerosis or IBD (23, 46).

Th1 immunity is very important in fighting cancer, Th2 is also not useless (55, 58 – scroll down for this reference). Th2 acts e. g. via ADCC (56) or complement activation (57). Weak Th1 immunity can be a risk factor for the cancer development and so some cancer treatment approaches on the base of this hypothesis has been tested, e. g. IFNalpha or BCG vaccine. IFNalpha can be used, e. g. in the treatment of hairy-cell leukemia or AIDS-related Kaposi’s sarcoma, but IFNgama is not used because of its side effects (59). BCG vaccine is partly useful in the treatment of bladder cancer (60, 11 – scroll down for this reference).

Saying that vaccines cause cancer is an unconfirmed hypothesis till now, but when we look at the other side, we can see the studies supporting the hypothesis that vaccines prevents cancer so much that it is not a hypothesis any more. It is the matter of HPV and HBV vaccine.

HPV vaccine is effective in protection against infection with the most frequent and pathogenic types of HPV virus, genital warts and precanceroses CIN, VIN, VaIN and others (61, 62, 63, 64, 65, 66). Since the CIN is a precancerose of cervical carcinoma, the incidence of this cancer is expected to decrease in the next few years, studies are on the way.

Approximately 5% of HBV infections in adults progress to chronic infection. This percentage is much higher, when the infection is contracted by children under 5 (30-50%) and even higher in children under 1 year of age (90%). About 20% of people with chronic HBV infection die prematurely because of cirrhosis or hepatocellular carcinoma. Vaccination against HBV in some countries with higher incidence of hepatitis B reduced significantly not only the incidence of this disease but also its complications – including hepatocellular carcinoma (67, 68, 69, 70).


Conclusion:
In spite of criticizing the Th1/Th2 paradigm on the base of new studies, the aim of this article is not to discredit this hypothesis totally. The aim of this article is to point out that antivax chiefs “abuse” and fudge this hypothesis as they prefer and want regardless the new studies, thus manipulating antivax members and blinding them, so they cannot see the forest for the trees. 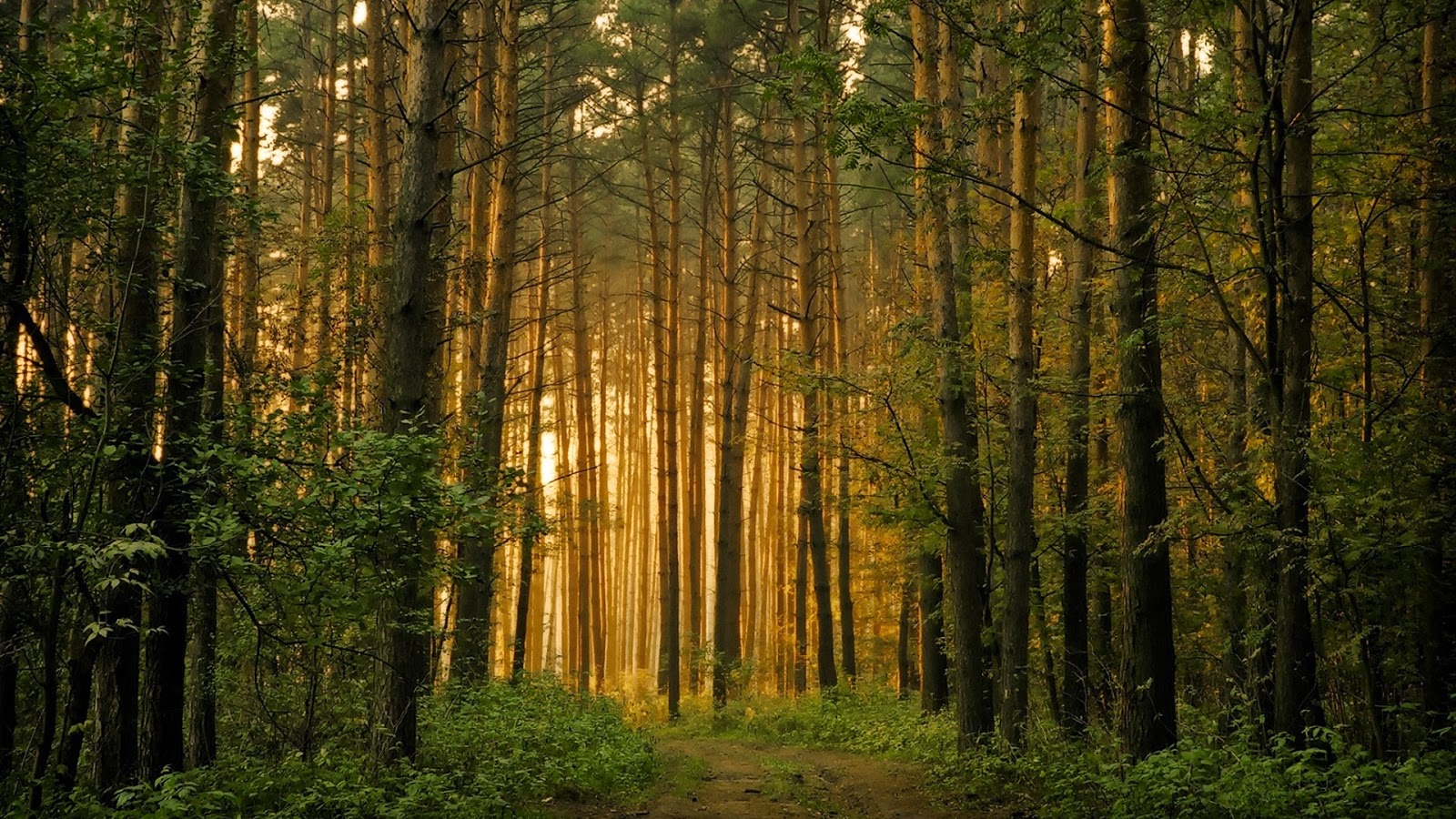